Thought I'd pass this along

My father is always forwarding stuff to me. That's the joys of retirement, I guess. I thought I'd post this in lieu of an actual, substantive post. 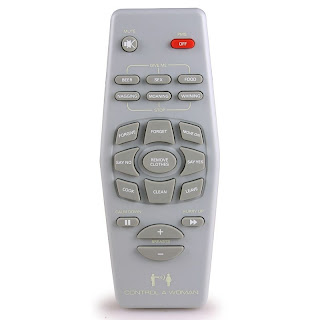 After referencing the Apostle Paul in my last two posts, it is very important to see the role of sex in a marriage (I won't get into sex outside of marriage...I'm not trying to make a moral statement). Sex in the marriage is very important. Sex is part of the glue that holds the marriage together. Healthy sex is needed to keep out sexual temptation. One commenter spoke of Paul as being a misogynist. I'm not sure why. Perhaps it is the line about wives submitting to their husbands. With the exception of that bit, I don't see Paul as a misogynist. Paul describes himself as asexual. He would rather no one got married but sees a need for marriage to keep people from falling into sexual temptation.

In today's world, we are not taught to share ourselves with others. Today's world is all about the individual. Yet, marriage is the ultimate team sport. If marriage means the complete bonding of two people, then it follows that means physically as well. The question of control should never come up. One person should not be able to hold all of the cards. This is not bonding; this is a dictatorship. When one spouse (I, generally, use women because that's my personal experience) withholds ANYTHING from the other, that is a means of trying to control. It could be money, sex, the TV. It does not matter.

Sadly, we humans are fallen creatures. None are perfect. Therefore, whatever we create falls short of perfection. This can be seen in marriage. In a perfect world, both spouses would be on the same page. However, that is rarely the case. That goes back not relinquishing individualism. Putting oneself in first place before the marriage is a recipe for disaster. In different areas of a marriage, one spouse gives authority to the other; while that spouse will have authority in other areas. Many times one is independent and the other is dependent.

In terms of sex, this leads to frustration and resentment. The spouse with looser boundaries will start having to change to mold to the spouse with rigid boundaries. Therefore, having control over one's body invariably means having control of one's spouse's body too. If both spouses are ok with this arrangement, then more power to them. It seems that is not really how things in the real world operate. The rigid spouse feels pressure to loosen boundaries. The more lax spouse feels confined. Both end up resenting the other for the pressures placed on them.

That is the problem. What's the solution? I do not know. In the end successful marriages are full of compromise. A marriage based on one spouse having all of the control usually fails. It believe that one should sacrifice for one's love. That comes in many different forms. Although I have been concentrating on sex, sacrifice can be other ways. One spouse may work harder, so the other can stay home with kids; one spouse may give way on certain TV programs because he/she knows their spouse enjoys that program; or one spouse may have to go on search and destroy missions to rid the house of spiders.

Sex is different because it involves physical intimacy. That is what makes it so beautiful. When one has sex, it is surrendering to another. That's why it is the glue to that holds together marriages. That's why it has room for so much anger and resentment. Withholding sex means that one has not totally surrendered the self to the other person. That is what makes it a sin to withhold sex. By withholding sex, that person elevates their needs over their spouse's. How can love coexist with selfishness?

The husband should fulfill his marital duty to his wife, and likewise the wife to her husband. 4The wife's body does not belong to her alone but also to her husband. In the same way, the husband's body does not belong to him alone but also to his wife. 5Do not deprive each other except by mutual consent and for a time, so that you may devote yourselves to prayer. Then come together again so that Satan will not tempt you because of your lack of self-control.

When reading this passage, it seems that the Apostle Paul was talking about expectations for sex in marriage. Neither the husband nor the wife has complete control in their body. In today's world that flies in the face of what we are taught.

Since I am male, I will speak from a purely male perspective. Men are taught that the woman has final say in sex. If a woman is not up to it, does not want to do certain acts, or whatever, then the man has to respect her wishes. Before anyone goes onto a rant about rape and certain kinks, in other writings Paul instructs the husband to love his wife like Jesus loves the church. I am not talking about that kind of stuff. I am talking about control. Who is in control? Does the man get a vote? How far can things be pushed?

In reading the letter from Paul, sex is confined to marriage only. Sex is a way of strengthening the bonds of marriage and way to keep sexual immorality from creeping into the marriage. Despite what some faiths or denominations teach, Paul says that sex is not just about procreation but about bonding through recreation. Sex is fun. What does that mean about someone that is a killjoy? The fun disappears. It becomes another chore, like taking out the garbage.
Posted by aphron at 6:06 AM 6 comments: